Created in 2007 and first taking place in 2008, The Platinum Jubilee Lord Mayor's Big Curry Lunch is the City of London's hottest annual event that raises money to help those who have served in Her Majesty's Armed Forces worldwide. This year, on the initiative of our Executive Director, Vladislav Dobrokhotov, LMBCL committee member, The British & Commonwealth Chamber of Commerce in Finland organised the first international satellite event in Finland to raise additional funds and support HM veterans. Our Chamber is a long-standing partner and supporter of The Big Curry Lunch. 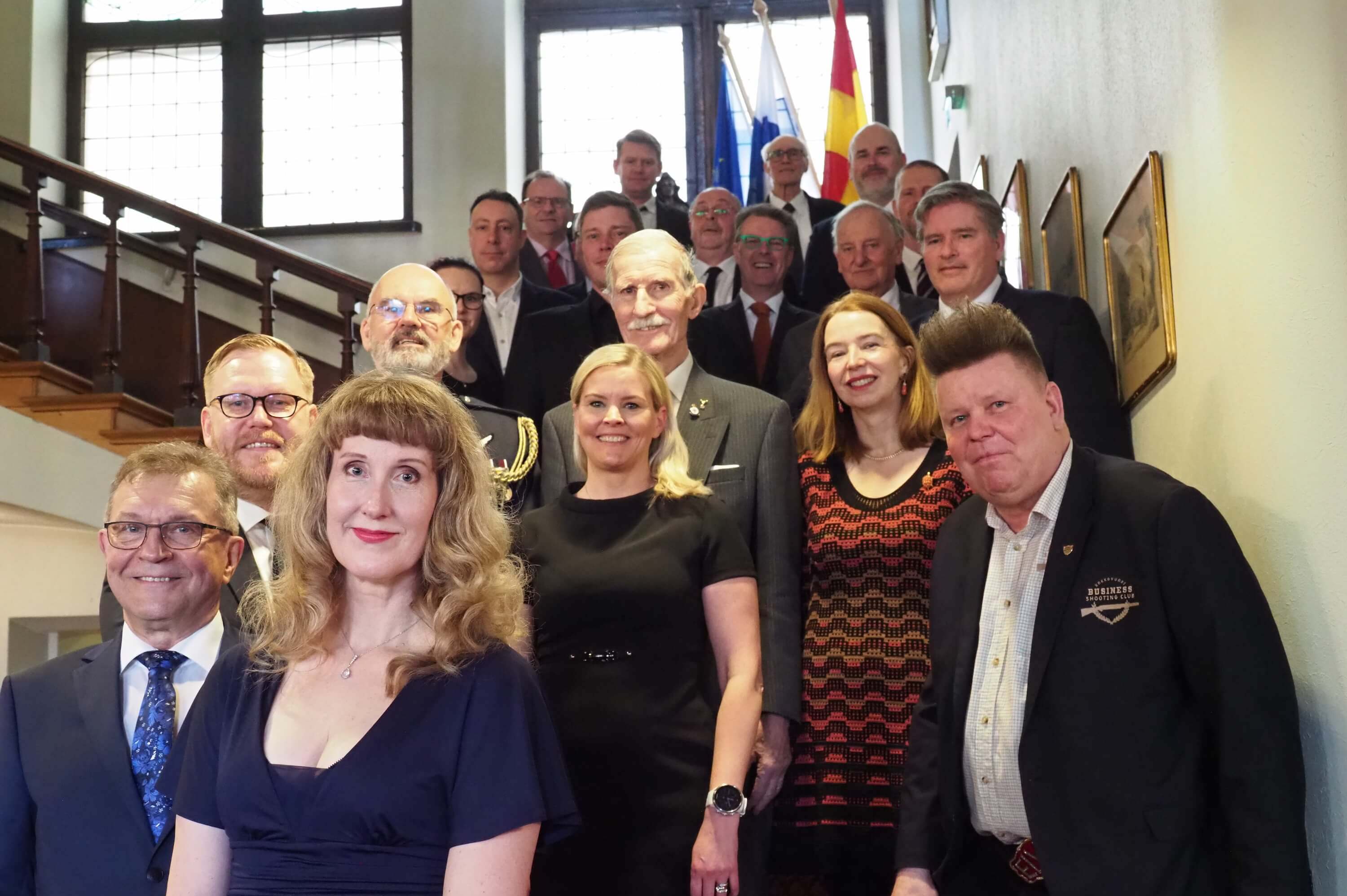 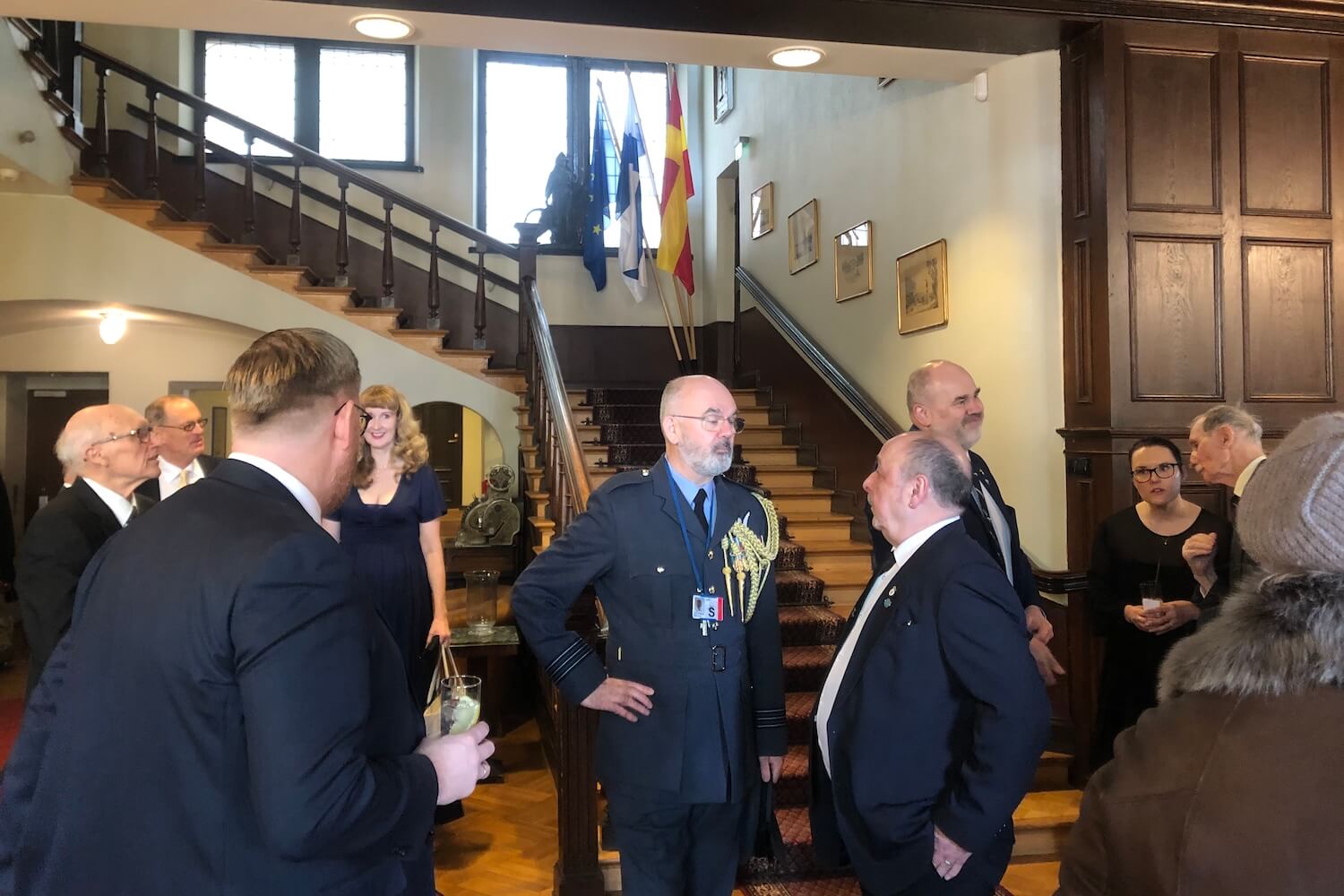 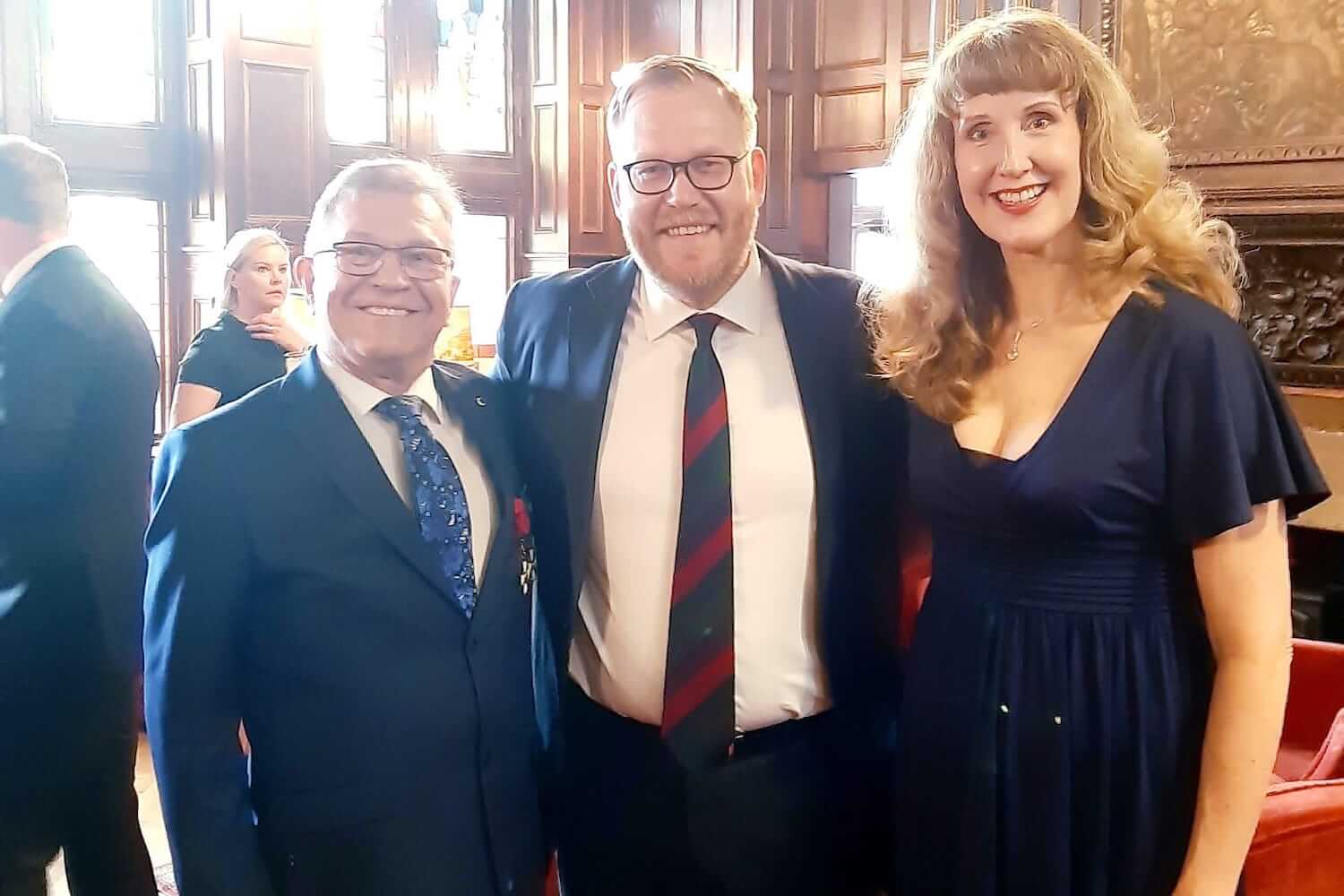 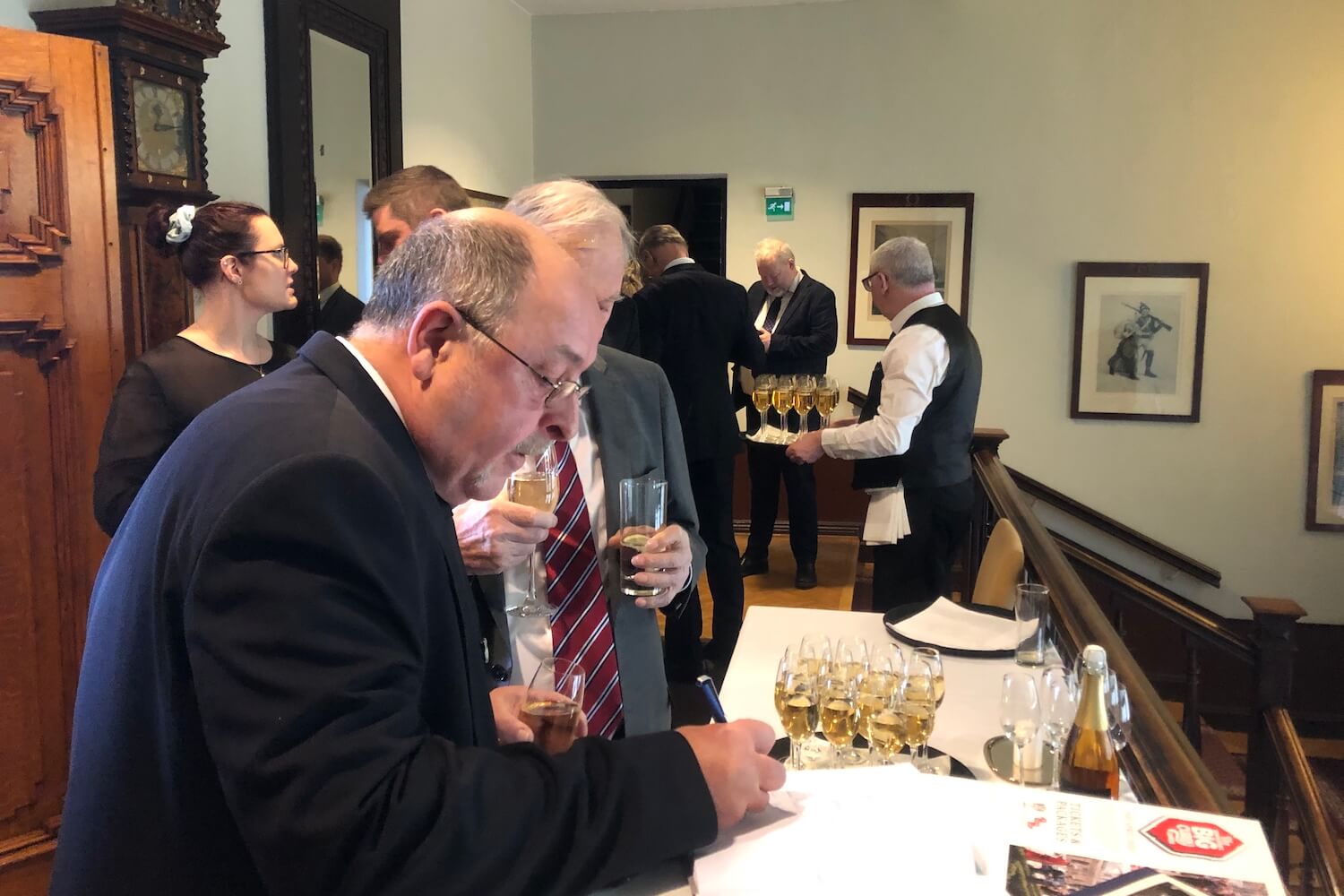 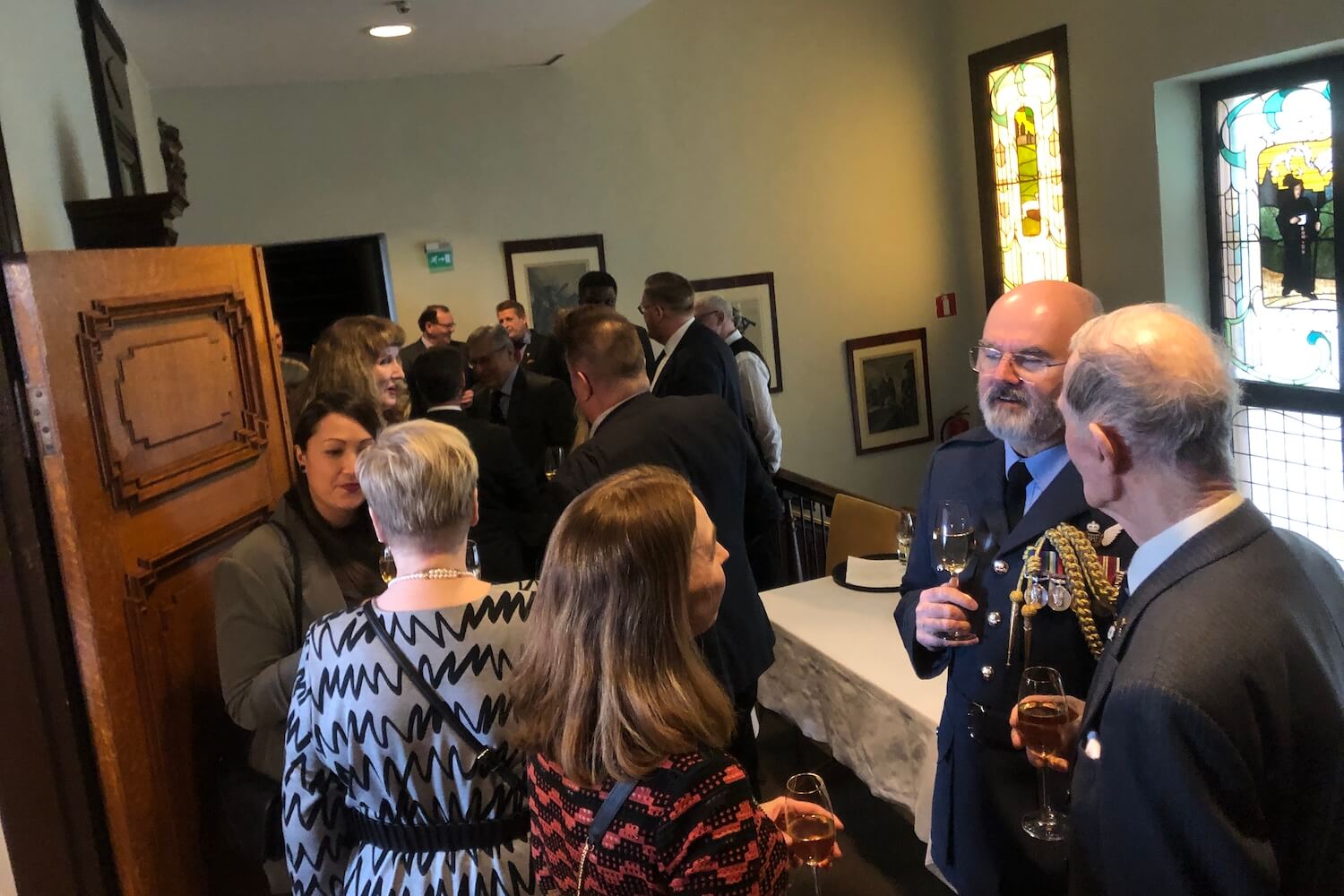 The B3CF team warmly greeted our guests in the cosy reception area of the Svenska Klubben building. Our Special guests included Wing Commander Stephen Boyle, British Defence Attaché, who attended with his wife, Linda; Minister Pertti Salolainen CBE, Former Ambassador of Finland to the Court of St. James's and Honorary Freeman of The City of London; and Peter Martin, the Honorary Secretary of HM Armed Forces Veterans Finland, who started his military service in 1951, in the reign of HM King George VI.

After taking the group photo, guests were offered  a glass of Rahtfinny Classic Cuvée Brut, an English sparkling wine produced in Sussex and only recently launched in Finland by Vinetum Oy, one of the event sponsors. 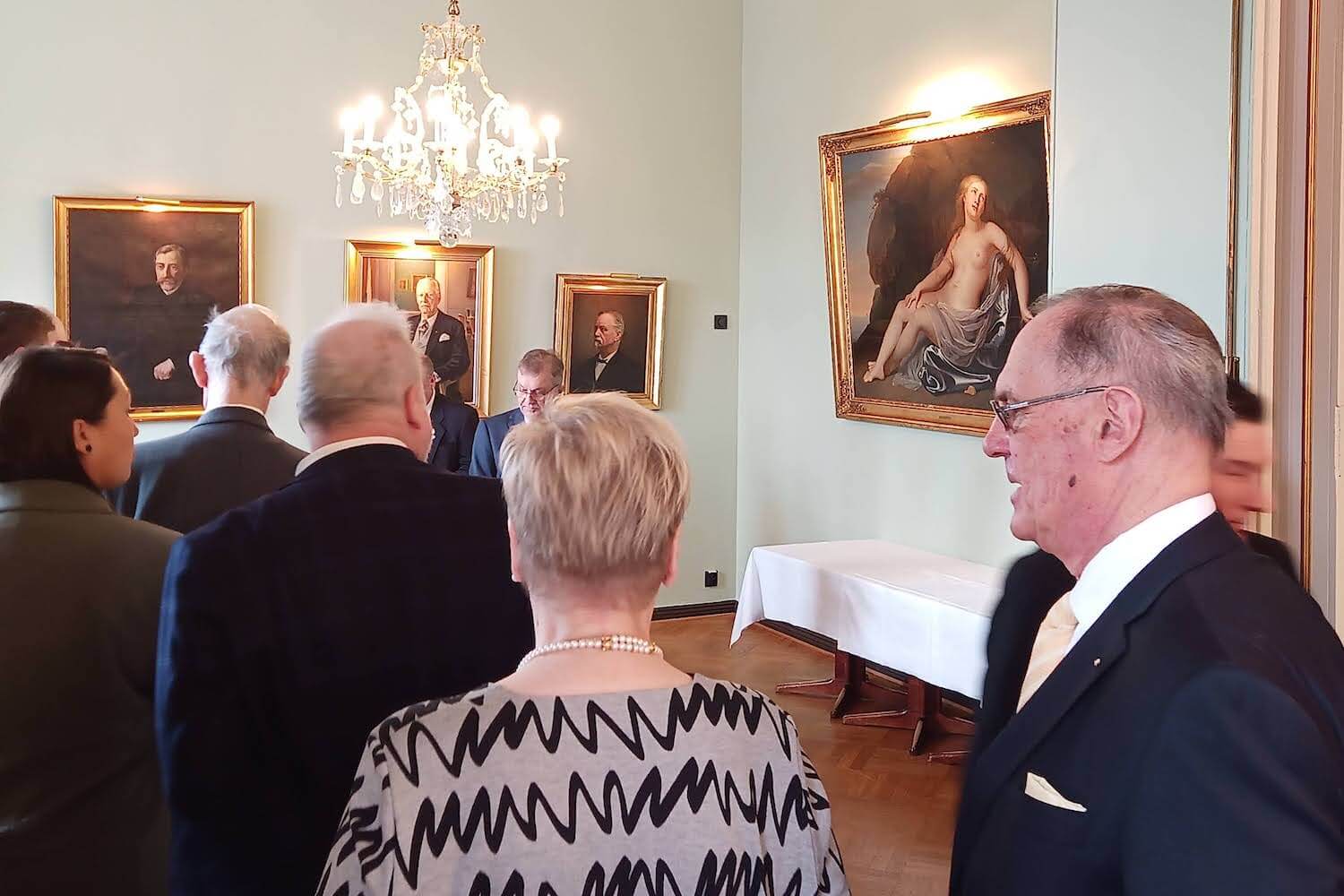 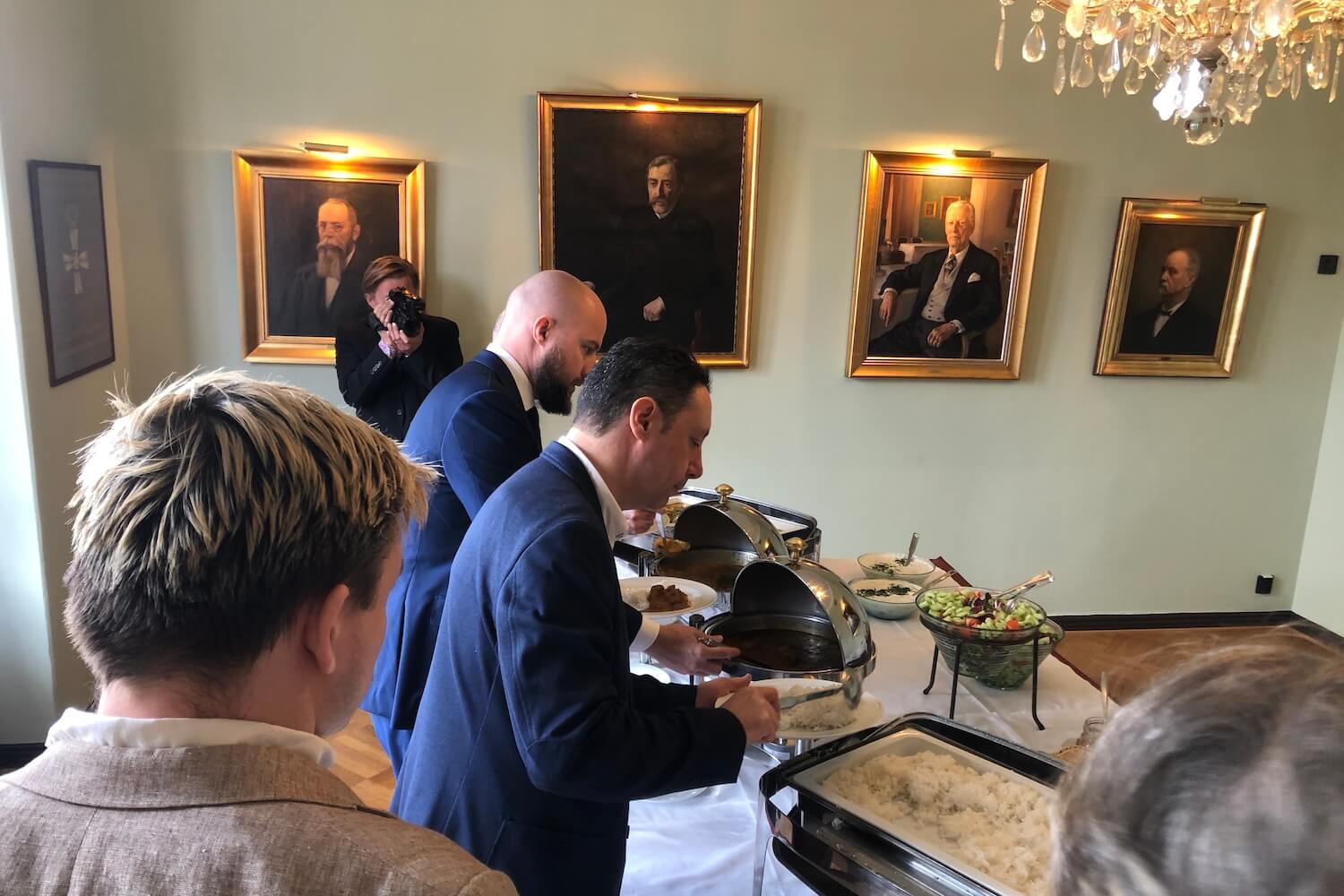 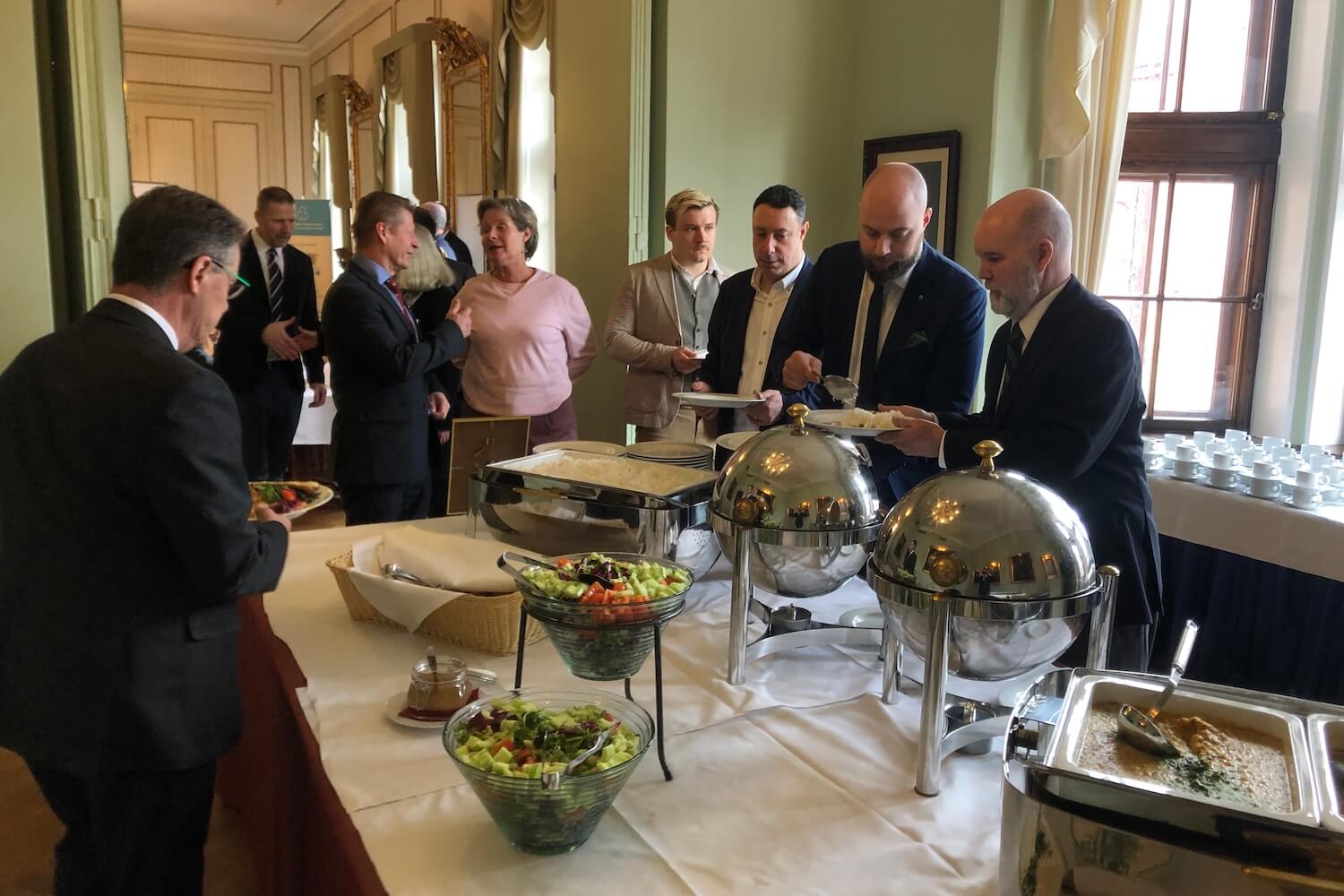 The lunch itself was a fantastic combination of 4 different Indian curries, including Lamb, Salmon-shellfish, Chicken, and Vegetarian curry, prepared by Tero Blom himself, owner of the Theron Group, under the guidance of talented young chef Nico Devandara who presented the dishes to us. Guests also enjoyed quality beverages, including Spitfire beer, courtesy of Servaali Oy, and Roccamena wine kindly provided by Potio Oy. 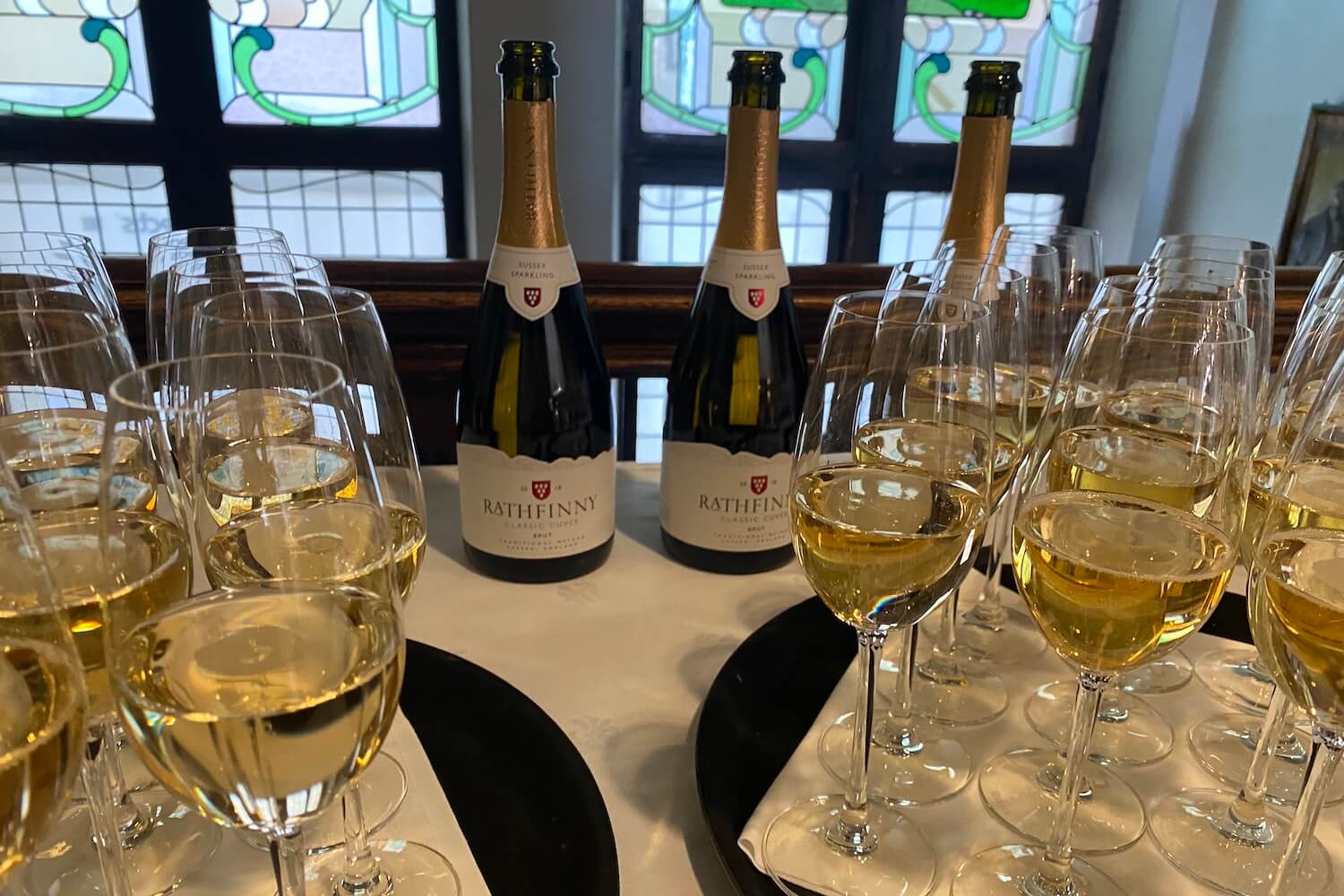 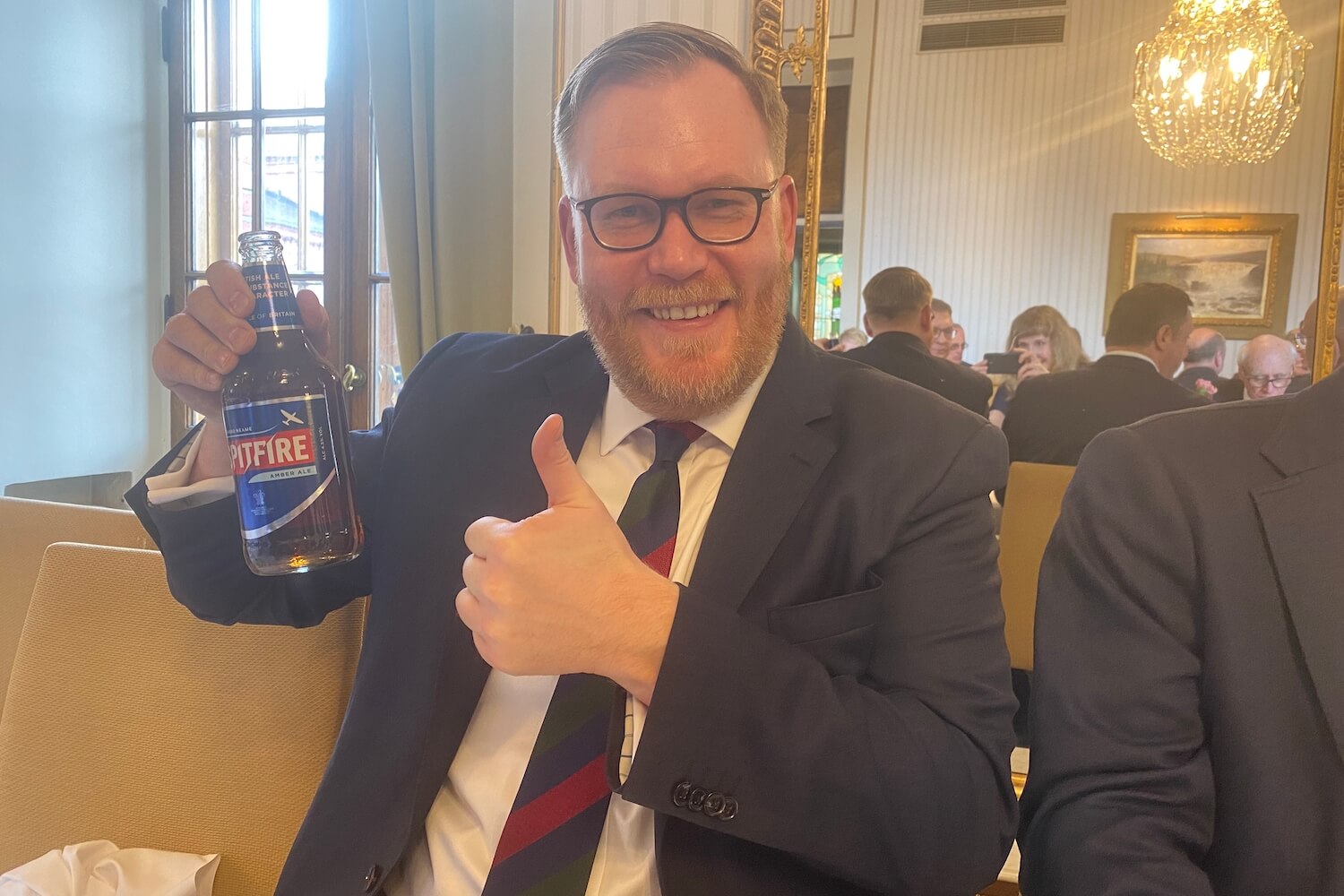 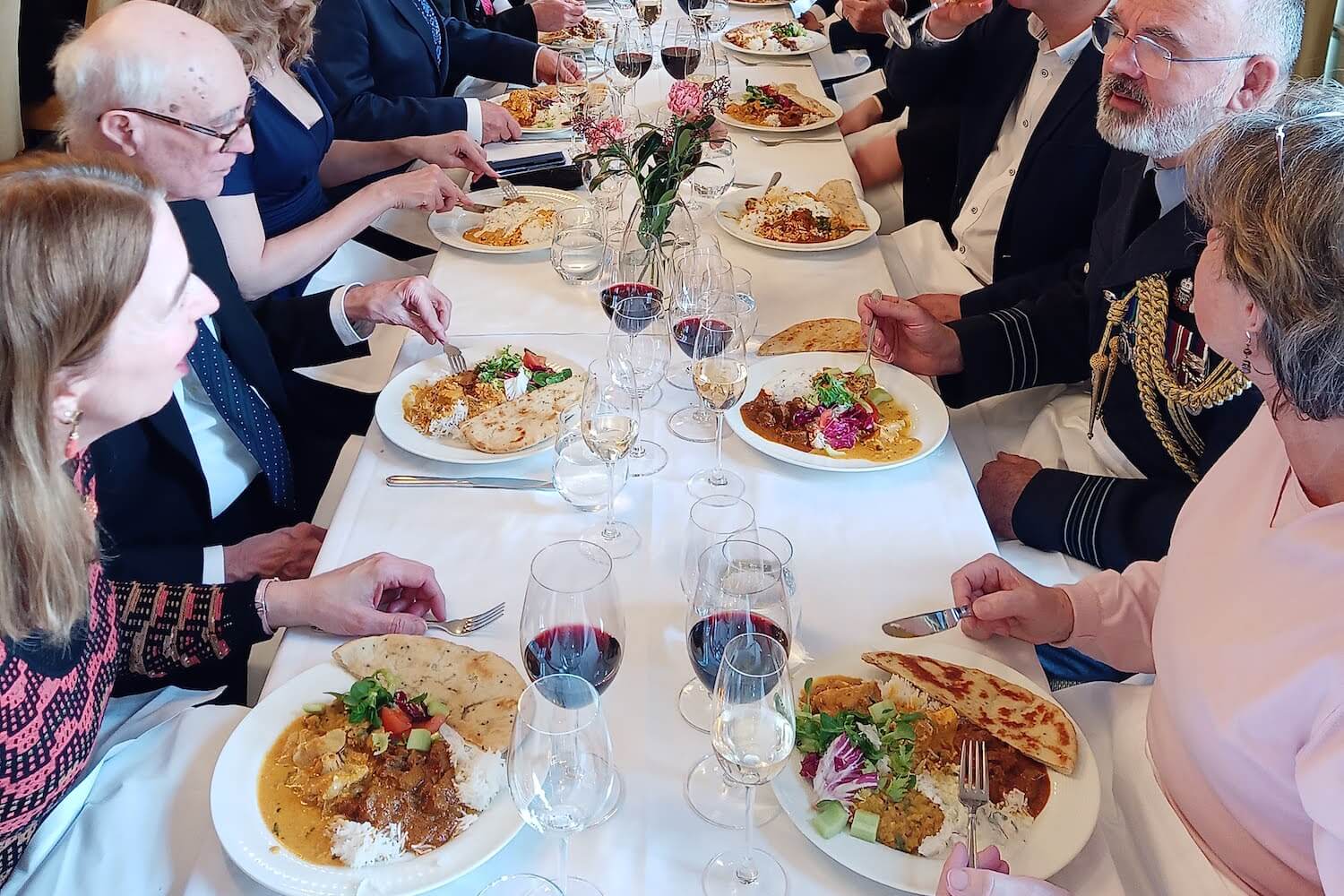 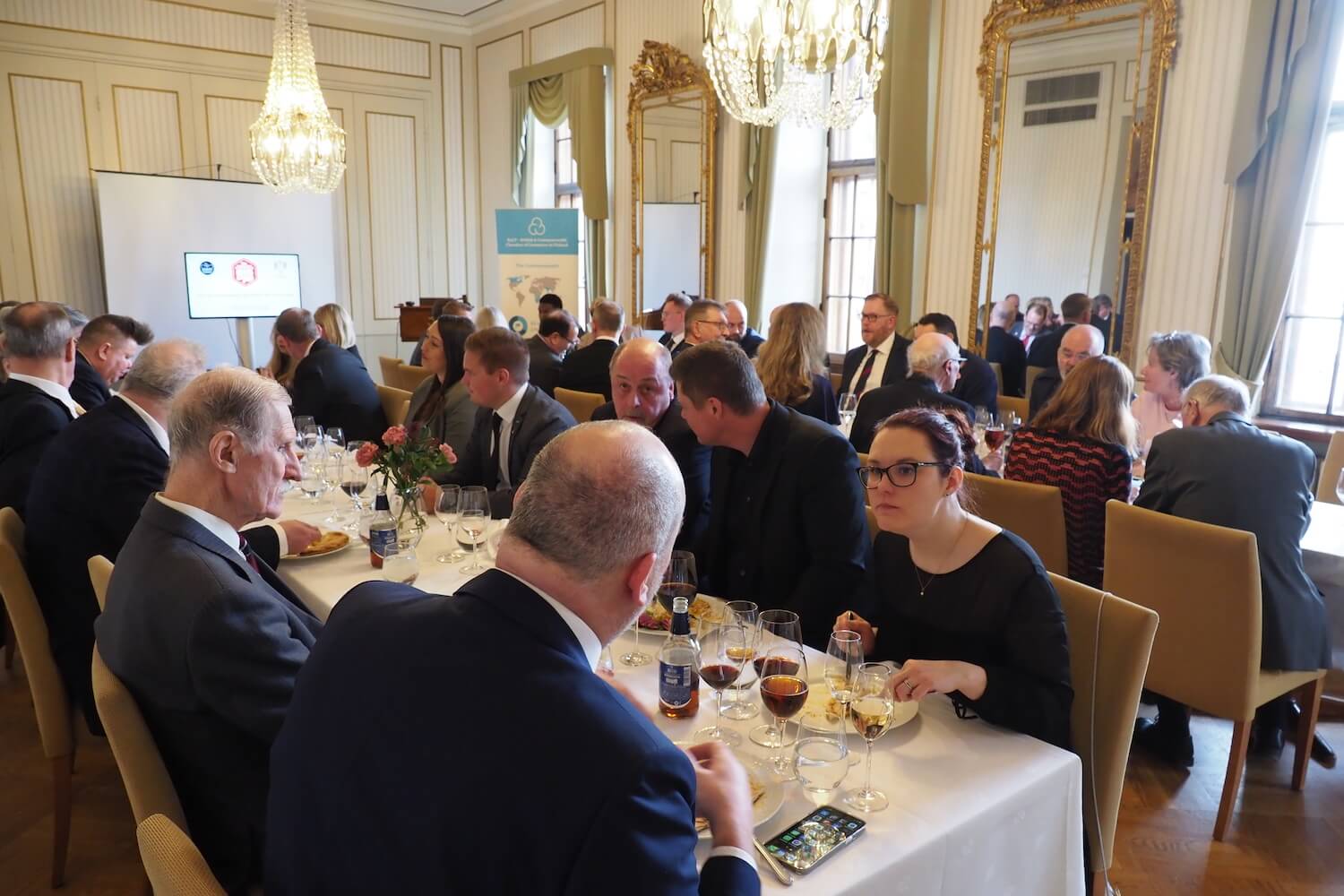 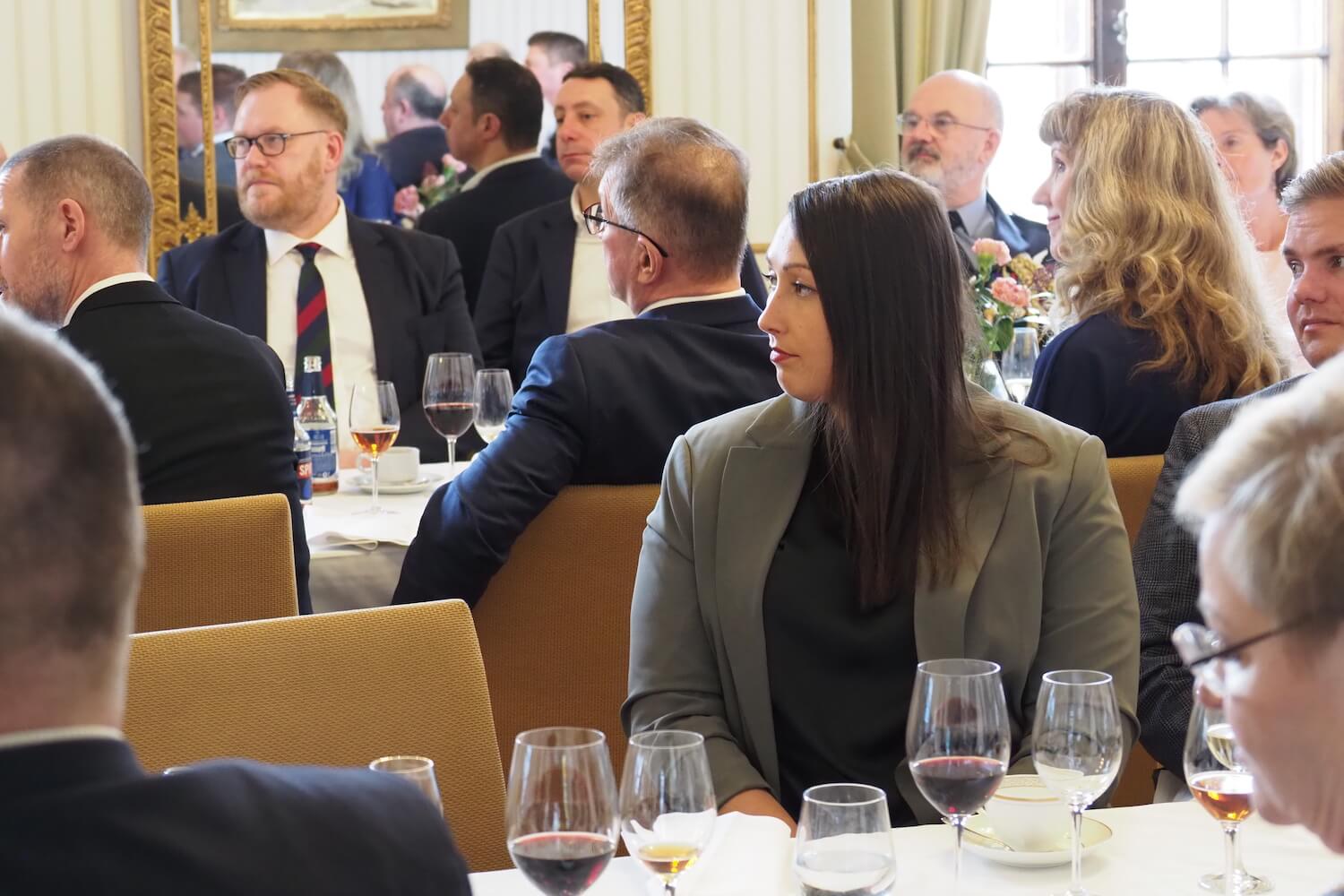 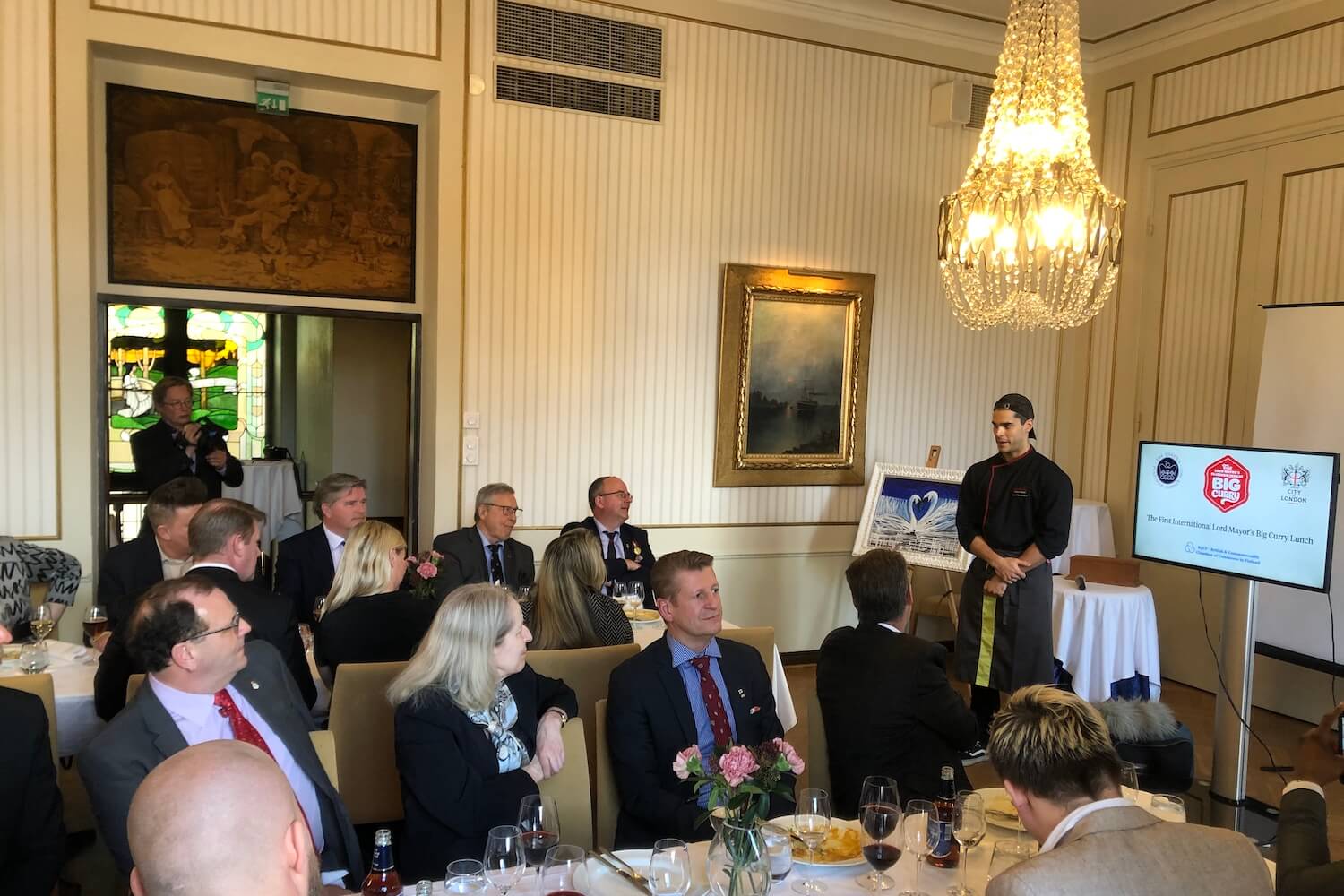 The programme was MC'd by Garry Parker, Chairman of B3CF, who explained "why Curry?", and its historic associations with the British Army in India in the 19th Century, and in brief " what is the City of London?". He then introduced the video greetings fromLord Mayor's Big Curry Lunch Co-Chairmen, The Rt Hon. Vincent Keaveny, The 693rd Lord Mayor of The City of London, and Michael Hockney MBE, the Lord Mayor's Big Curry Lunch founder.

Presentations were made by Graham Burns, himself a Falklands War veteran, and all other members present of HM Armed Forces Veterans Finland, representing different Commonwealth realms, such as Australia, Canada, and the UK. Major Rauno Riekkinen, former Commander of AA Missile Battalion of Rovaniemi, Finnish Lapland, delivered a rising address which was warmly welcomed by all who attended. Our very own artist in residence, Sini Kunnas, presented her artwork donation for The Silent Auction, "The Union", from the painting series: “Harmonic Swans”. The Auction will be drawn in the Guildhall on 7th April 2022 during the main event, The Platinum Jubilee Lord Mayor's Big Curry Lunch. Bids can also be placed online.

Vladislav Dobrokhotov announced that as the result of the inaugural lunch in Finland, the B3CF would donate £1,000 to The Lord Mayor's Big Curry Lunch committee. The donation, as well as proceeds from 4 prizes provided by B3CF members for the Silent Auction, will go to the three UK National Service Charities: ABF The Soldiers' Charity, Royal Navy & Royal Marine Charity, and Royal Air Force Benevolent Fund. 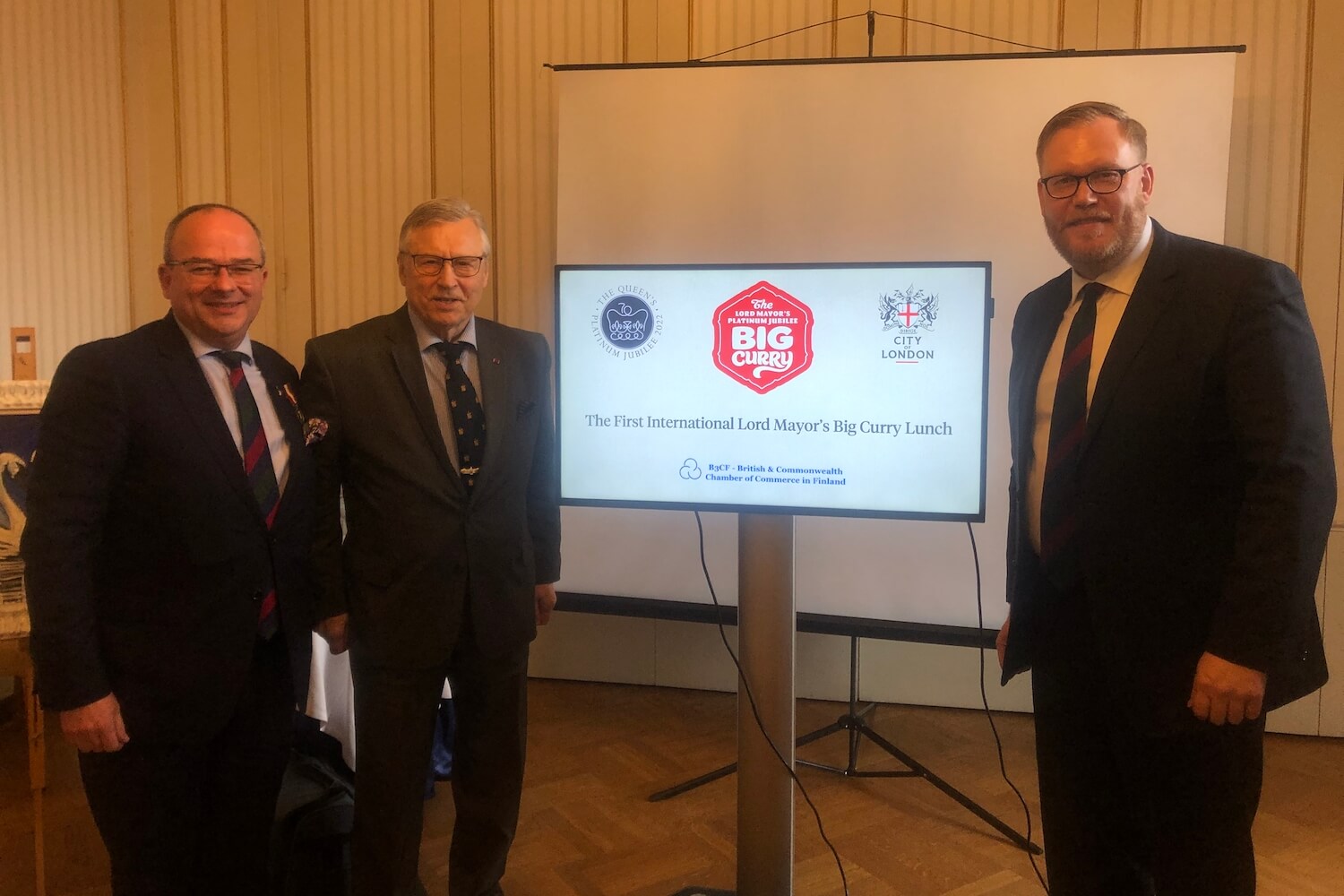 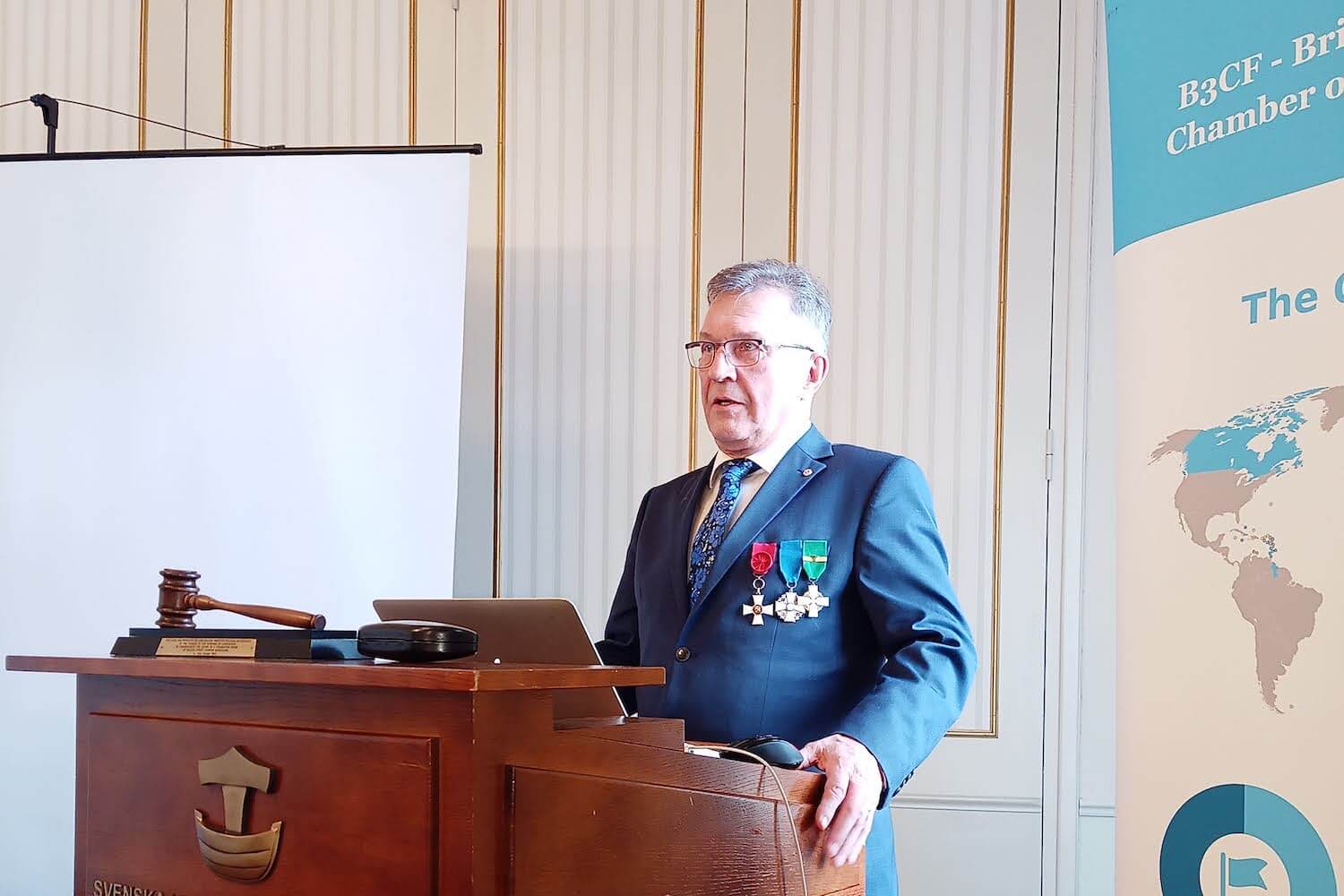 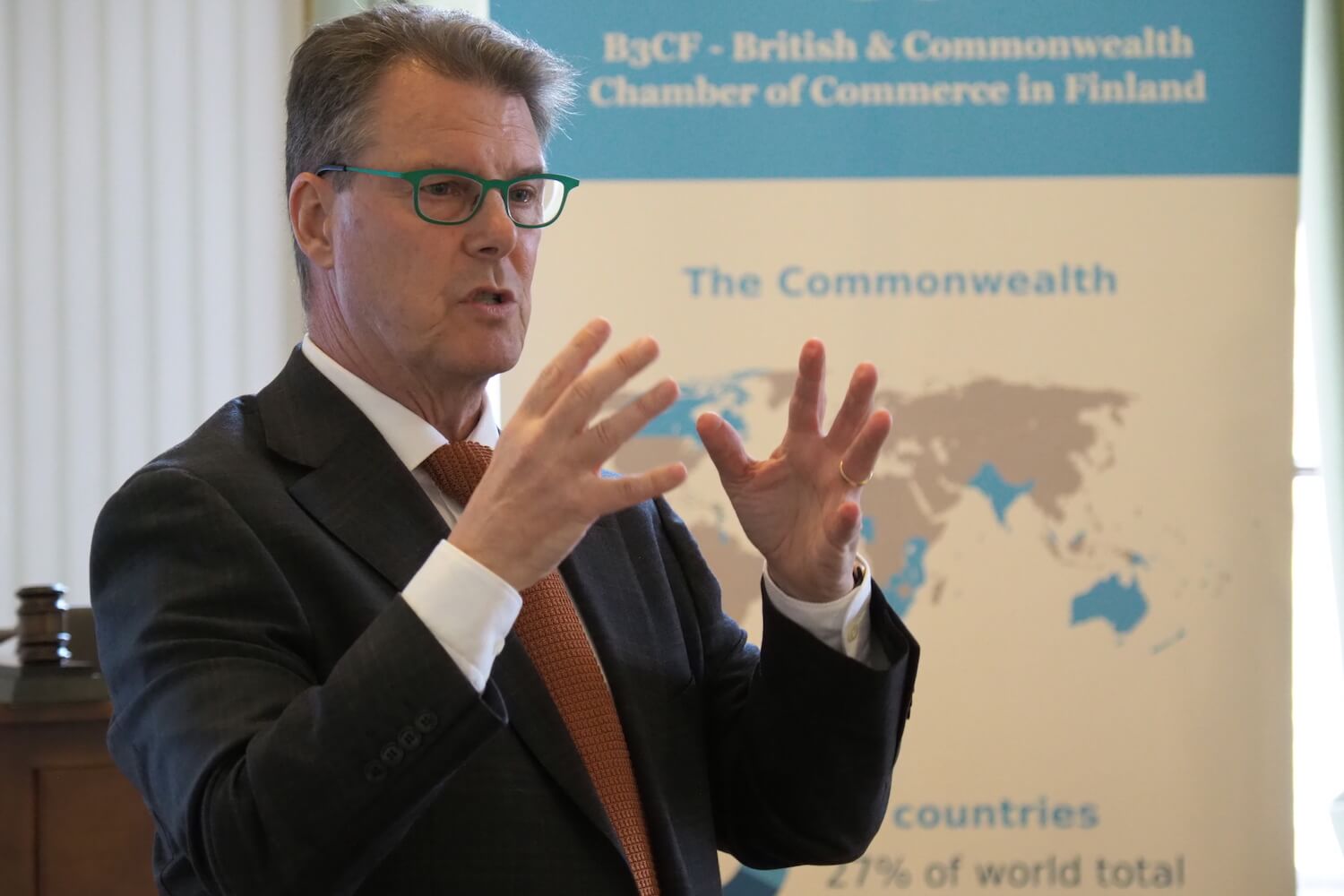 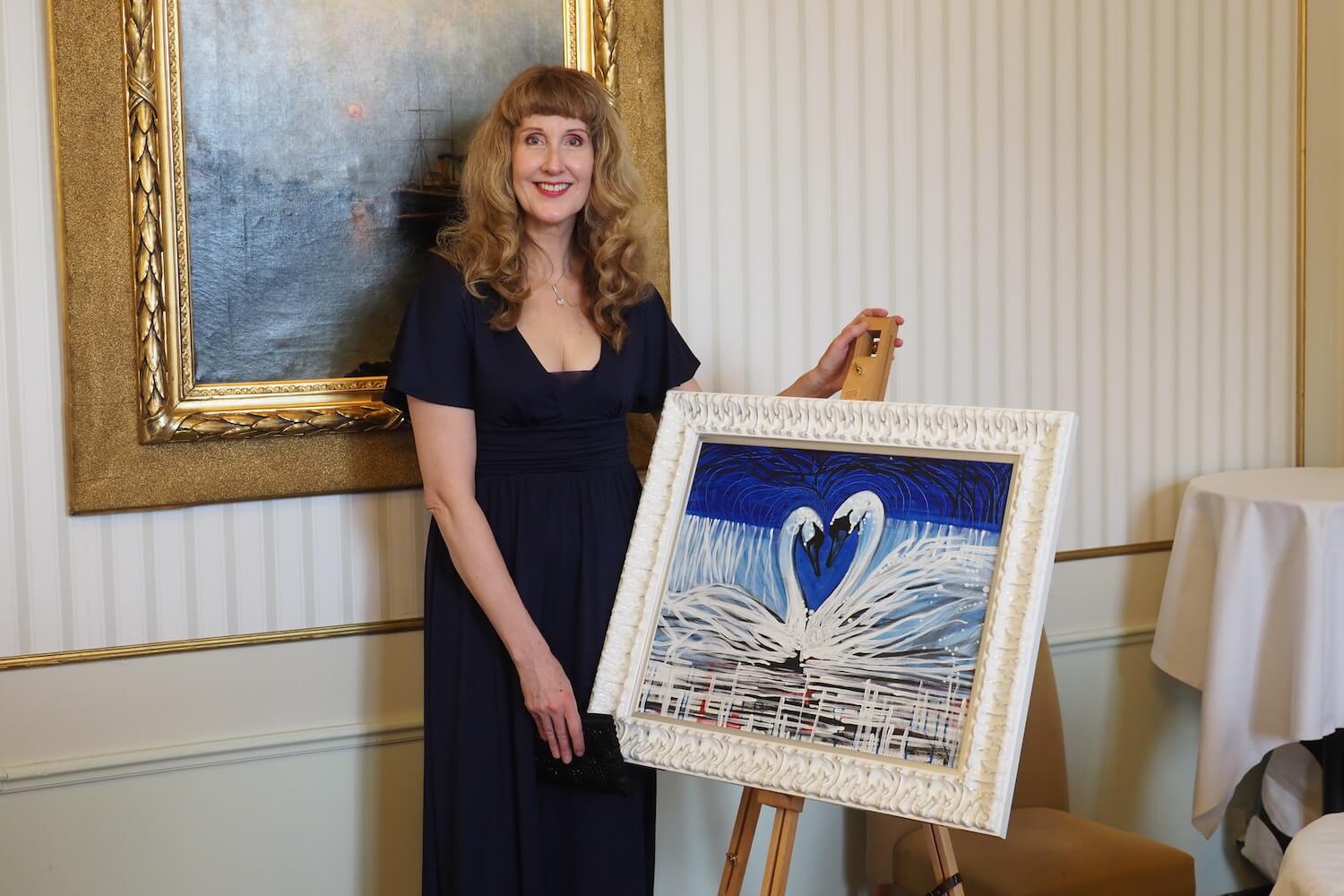 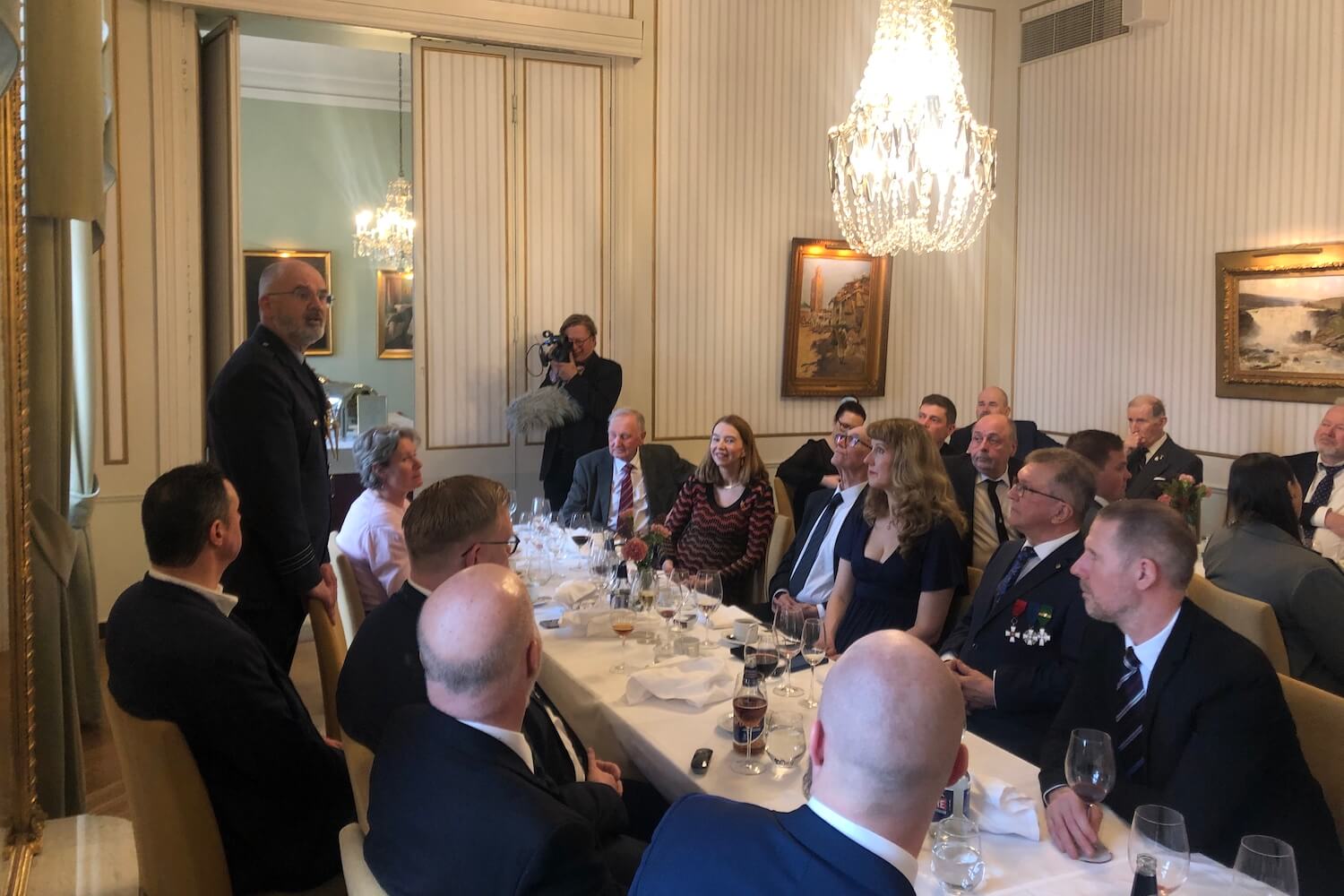 As the event wound to a close, guests and veterans joined in smiling conversation, good wine, beer and food were enjoyed by all. Furthermore, a humble expression of respect and admiration were offered for the sacrifices, past and present, of those who have dedicated themselves to military service.

On behalf of B3CF, and with our gratitude to Theron Group, Svenska Klubben and the British Embassy Helsinki, and the event sponsors, Business Shooting Club Kokkovuori, True Routa Oy, Vinetum Oy, J. Cortes and Servaali Oy, and Potio, we wish to thank our attendees for providing a terrific day for all amongst these difficult and unpredictable times. We simply cant wait for you all to join us for the next event with B3CF!

‍Click any picture to see the whole gallery for the event.
Photo and Video by Olli Kangas