Your gateway to the Commonwealth market 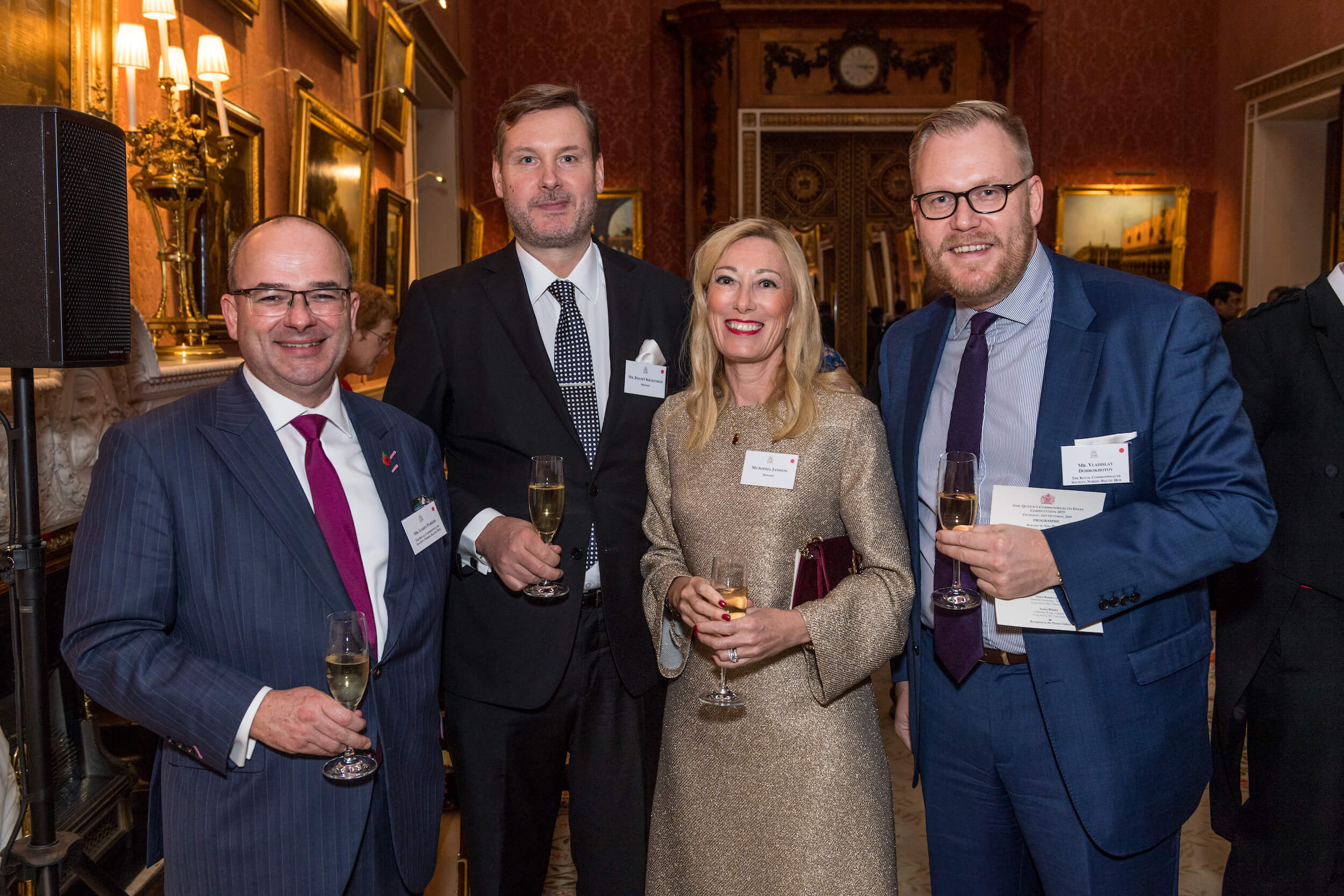 The B3CF supported sponsorship agreement between its member company, Moomin Characters Oy Ltd., and The Royal Commonwealth Society. Read full press release.
Photo: Garry Parker, Roleff Kråkström, Sophia Jansson and Vladislav Dobrokhotov at Buckingham Palace, where the Commonwealth co-operation was announced in the presence of HRH The Duchess of Cornwall in late October 2019.

The B3CF is committed to building, strengthening and sustaining business between Finland the United Kingdom and the rest of The Commonwealth since its establishment in 2008.  Our mission is to serve our members as a pro-active resource, based on the three tenets of "Voice, Information and Profit advantage (VIP)".

Our organisation has now grown to nearly 100 full members in Finland, and represents, through the Genesis Initiative based in London, well over 1.2 million enterprises and an outreach to several million more through the Commonwealth Enterprise & Investment Council throughout our 54 Commonwealth countries.

Our relationship to influential and well-connected resources, such as the Commonwealth Enterprise & Investment Council (CWEIC), British Chambers of Commerce (BCC), The Royal Commonwealth Society (RCS) and the Genesis Initiative (GI) helps further our boundaries and connections, giving one more piece of leverage for cementing success.

B3CF is the world’s only Chamber of Commerce covering business, trade and investment opportunities from and to all 54 Commonwealth countries.

B3CF lets you to discover what's on locally and across the Commonwealth for trade, investment and B2B / B2C match-making events.

B3CF Executive Team helps members to achieve their goals through unique global network of decision-makers and the people they listen to.